Ben Ellingson’s friends often tell him that he would make a great hunting and fishing instructor. 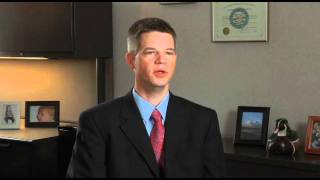 Ben Ellingson’s friends often tell him that he would make a great hunting and fishing instructor. But Ben already has a successful career as a CPA and has time to search for the most impressive catch. Just recently, he was promoted to Partner at the ripe young age of 33. How does he do it? Well, he didn’t share his secret to catching the big one (and he never will), but he did give the inside scoop on how he got to be a big fish at his firm.

Ben is obviously no slouch in the technical arena, but he attributes his rapid corporate climb to his ability to build relationships. “I think you could be a very technical person and understand standards and the technical side of accounting and grow very quickly. But what helped me most was just being able to be out, be involved in the community and be involved with my clients.”

Ben knows that he didn’t progress to partnership alone – he always makes sure to thank the not-so-little people. Having good mentors has played a huge part in Ben’s career progression since college. In fact, he wouldn’t even be a CPA if it weren’t for his college academic advisor, who just happened to be an accounting professor.

Since he realized the value of a career guru, Ben sought out mentorship in the workplace as well. “I have always had one or two or three mentors that I have gone to in terms of being able to kind of just lay out my fears, lay out my questions and get really honest answers… and a little kick in the butt sometimes. “

Mentoring and people skills aren’t the only things that made Ben a better leader. He also blossomed as he joined and volunteered in professional organizations. He spent his first year as a wallflower, but then he realized how rewarding it was to be involved. His opinion? “There are a lot of opportunities out there for volunteers and every experience I have ever had, I have gotten more out of than what I have given. It's a great learning process for anybody.” He especially likes volunteering with the AICPA and his State Society (hint, hint).

When it comes down to actually being a Partner, Ben says it’s a lot like being a Senior Manager. “For the most part, my role hasn't changed all that much. I think firms spend a great deal of time trying to get you ready for a position that you're going to so that you're ready when you step into it.”

His new role is pretty different from where he started, though. “If you look at my role now versus my role a couple of years ago, I spent a lot more time talking with clients. Being involved in some more of the administrative side of things is certainly also a function of that. But, for the most part, the changes involve trying to go out and find new work, keeping involved, keeping in touch with the clients on a more regular basis and those types of activities.” Don’t forget to check Ben’s day planner to see more of what Partners do day-to-day.

Not everyone can be a Partner before they could run for President, but Ben says that public accounting is a tremendous career that he has loved from the beginning. “I'm fortunate enough to love what I do and I come in every day excited about what I do. I enjoy the changes and the non-routine of what public accounting brings. It's a demanding career, but it's also a flexible career.”

Interested in pursuing a career in public accounting? Check out the endless possibilities of specializations, peruse possible career paths, and start working toward reeling in your dream job.